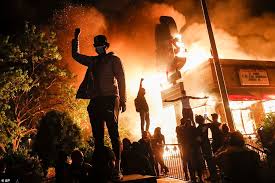 As the world comes unglued with rioting and covid, gold and silver bullion prices are holding steady.  The more that goes on in this crazy world economy, I do find it strange that bullion prices are not rising sharply.  It appears that market manipulation is strong an real.  The conspiracy theorists are appearing to be correct. 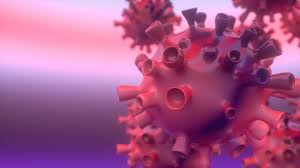 Precious metals markets rose dramatically Friday as the world re-opens.  The question I have to ask is why it has taken this long for a break out in prices.  Gold and Silver have been the hedge against global unrest.  A global pandemic in my opinion is the ultimate in global disaster scenarios.  So why is it that metals have not had greater increases.  My opinion is that the paper markets have for some reason been pushing the metals markets down.  I believe there is evidence to support this theory.  The futures markets and investment firms tell clients that they have physical silver and gold to back up their investments but most have little or no actual metals to support their investments.  My belief is that they are pushing prices down to stop people from calling or cashing in there positions as if prices rose dramatically and clients demanded there physical metal or cash it would bankrupt these companies.

As a rule always ask for the real metal.  A piece of paper is literally worthless and in many cases a complete fugazi.

Am I crazy?  Am I joining the conspiracy camp.  I think it may be time to go camping.

Is It Possible The Metals Markets Are Manipulated?

In today’s world of constant manipulation and mind control,  we would all be fools to think that the metals markets are not being manipulated at this time.  I feel that in the very near future a huge conspiracy will uncover showing that the metals markets were held down during this Covid 19 Pandemic.  How is it possible that the entire planet is out of precious metals and the prices are not rising.  My advice is get your hands on real solid assets as soon as possible.

This excerpt from the financial post shows its been going on for some time.

The bottom line is that everything is manipulated in our new world.  The question we need to ask ourselves is what is the real value. 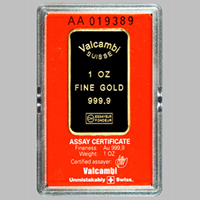 It appears from this article that the manipulation of the markets has been going on for sometimes and will continue into the future.  What is the real value of metals?  All evidence points to the fact that metals values are being suppressed by the banks and traders.

Bank of Nova Scotia is closing its metals business, a division whose origins date back centuries and that brought prominence — and then lawsuits — to Canada’s third-largest bank.

Employees were informed of the decision to shutter the operation during a conference call Tuesday morning, sources told the Financial Post.

The size and scope of the division had been scaled down in recent years to reduce risk in the metals business, a source said on condition they would not be identified. As a result, the operation was no longer core business.

Reuters news agency, citing sources, said Scotiabank would not take on new business and would wind down existing activities by around the beginning of 2021. Some staff would be kept on until then while others would be made redundant, Reuters said.

Scotiabank became a big player in metals trading in 1997, when the it bought Mocatta Bullion from Standard Chartered PLC. Mocatta was founded in 1684 and, when Scotia bought it, it had 180 employees and 10 offices around the world in locations including New York, London, New Delhi, Hong Kong, Shanghai and Singapore.

Scotiabank’s prominence in the market segment continued to rise and in 2004 it became the first non-British bank to chair the London Gold Fixing, a twice-daily setting of a key benchmark price for gold. That year, Scotia’s chief executive was photographed proudly holding a gold bar to celebrate the bank’s stature.

None of the allegations has been proven.

The shuttering of Scotiabank’s metals division has no bearing on the Canadian lawsuit, according to Kirk Baert, a partner at Toronto-based Koskie Minsky LLP, one of the law firms involved in the case.

“The action continues,” he told the Post in an email Tuesday.

The spokesperson for Scotia also declined to comment on the class actions and a separate case in New York in which a former Scotiabank and Bear Stearns trader in New York pleaded guilty last year to manipulating precious metals markets.

Scotiabank’s metals division, which once had operations in Europe, Asia, and North America — and, for a time, sold precious metals products through an online e-store — has been under review for at least a couple of years. It was previously scaled down, reportedly as a result of the legal tangles and its performance.

Parts of the operation were folded into the bank’s broader global banking and markets operations, a source said Tuesday.

Bloomberg News last year reported that the Mocatta name was being dropped from Scotia’s metals operations, and that the bank was getting out of the business of supplying gold to jewelry industries in Italy and India.

There were also reports the metals division was put on the block, but a sale never materialized.

How Manipulated Are The Bullion Markets?

The paper markets for bullion seem to be over-riding common sense.  Most of us have been preparing our investment portfolio by investing in precious metals for many years.  I have no idea how every dealer in the world is completely sold out and yet prices are flat.  When people start asking for contracts to be filled what will happen.  These are very unusual times.  Good luck to you all.

Clinton Beck of Beck Gold & Silver Brokers has instituted a new bullion acquisition program to deal with these unprecedented times caused by the global pandemic.  “The problem currently worldwide is acquiring bullion.  A worldwide shortage is taking place with now end in sight” says Beck, “We are thinking outside the box of how we can deal with these crazy times.  This program will mean we can purchase bullion at higher prices to fill a massive need.”

Silver hit $31.75 today.  It appears that it is at a strong support level and will be moving higher.  If silver can break the $34.00 price point expect a dramatic rise in the short term.

Beautiful fancy colored diamonds are steadily growing in popularity. Natural fancy colored diamonds are very rare, extremely attractive, and tremendously expensive. Very few people have the pleasure of owning one of these brilliantly intense stones. But with modern advancements in the diamond industry, it is now possible to enhance the color of a dim or pale diamond into a radiating colored stone.